I recently started experiencing anxiety in a persistent, nagging way.  I have never been an anxious person in general. I have never been one to lose breath and have my heart race while driving to a friend’s house for a low-key evening of movies and wine with a small group of people I adore.  And the crying-attacks were unpredictable enough to take me by complete surprise and hijack an otherwise OK day – not to mention, they were exhausting.

Because of everything that has happened in the recent-ish past, I logically thought that maybe this was just part of how my body was continuing to deal with compounding personal stresses, the likes of which I have never dealt with before. It wasn’t until I had a panic attack in a bathroom at work for over an hour that I decided this was above and beyond what was tolerable.  And when I came clean to my Mom and admitted this was a problem, I was reminded to look into the side effects of an acne medicine I had been put on in early September.  And – sure enough – 2% of pill-takers experience anxiety while on this med.

I am not a medicine person. I don’t take them regularly and haven’t for at least 4 years.  I don’t like taking cough medicine or tylenol or even medicated cough drops which is why when I *do* take meds, they hit hard. My freshman-year-of-real-life roommate will attest that Nyquil would often knock me out mid-sentence; I would wake up hours later on the floor of our family room in a puddle of my own drool wondering why I wasn’t in my bed and trying to think of the last thing I remembered. Nyquil has since been banned from my personal apothecary. 7 years ago, I went on an acne medicine that during the adjustment period left me super light-headed and a bit out of it when standing; I warned my boss-at-the-time that if he heard a crash from my office, I’d probably just gotten dizzy while standing up and had most likely fallen over but was going to be OK. Normal. I think that poor man didn’t know what to do with me sometimes – it doesn’t help that my first week on the job with him, I suffered an allergic reaction that had me breaking out in hives and ransacking his medical closet for Benadryl. Again. Normal.

But I sometimes let my looks bother me more than I should and am newly single (I’m not going to try to stupidly pretend that had nothing to do with caring about my skin again) so when my dermatologist prescribed doxycycline hyclate in addition to topical meds, I decided to try it in attempt to finally get my skin under control.  I looked up side effects and the main ones listed were all things I thought were reasonable to expect OR had such a small chance of occurrence that I wasn’t concerned. But now that I was hunting specifically for one side effect, there it was. And I started to think that maybe I fell into that 2% of anxiety stricken pill-poppers.

Doing more Googling led me to message boards where some people expressed that they had experienced side effects in a MUCH worse way than I did when taking this med.  That was terrifying to see and all the support I needed to immediately take myself off.  And now – a little over a week later – I am feeling so much better.  Not 100%. And I don’t expect to be 100% yet because I know it takes time for medicine to cycle out of the body. But I have not had the heart-flutters for quite a few days. And I’m now attempting oil pulling as a natural way of calming the skin ( a suggestion from this smart lady who got the suggestion from THIS smart lady) and we’ll see how it goes.

All I know is having clearer skin is not worth living in a state of considerable anxiousness and agitation that is seemingly spurred by nothing.

So this is my PSA reminder to always investigate the side effects of any drug you take and if you notice a change in your body or mind – even if it seems somewhat reasonable due to external circumstances – do more research.  Please.  It saved me from spending more time in a terrible head-space and I would hate to see anyone else suffer unnecessarily. 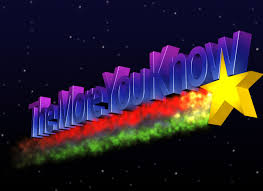